The Big Break 2004 (screenplay) The Empty Frame (play inspired by Hanna Greally. 2008) THE PLASTIC BAG (play for radio 2008) She has edited Out the Clara Road: The Offaly Anthology, 1999 Word and Image: a collection of poems from Sunderland Women’s Centre and Washington Bridge Centre. In 2000. She co edited ‘FIZZ’ Poetry of resistance and challenge, an anthology written by young people, in 2004.

She was Galway County’s Writer-in-Residence in 1987, Writer in Residence at the National University of Ireland, Galway, in 1994-95, Writer in Residence for Offaly County Council in 1998-99. She was Green Honors Professor at Texas Christian University, in October 2000. Other awards include a Peadar O’Donnell Award in 1989, several Arts Council bursaries ‘Sunny Side Plucked’ was a Poetry Book Society Recommendation. She was made an honorary fellow at Hong Kong Baptist University Nov 2006. 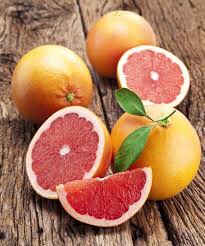